I was recording my song: “IT’S SO SERIOUS!” In a 24 Track Recording Studio just north of Toronto. I’d had invited about 20 jazz musicians including the 5 of us in JOHNNY ROCK AND THE THE MAINSTREET BAND

There were 20 or so musicians drinking strong rum in the manager’s office. I had hired a woman producer who was more of a ballbuster  than I had expected. Half the band was black and they don’t like getting ordered around by this white gal. I realized they were plotting to kidnap her and put her in the trunk of someone’s car.

I took over her chair right away, but that didn’t help much. They all could see her through the soundproof glass. They knew where she was…

I was getting worried about her safety. So I took all my clothes of and started singing this next song in my underwear —- I was aiming for some comic effect… when I started barking like a dog, baying like a hound – this got plenty of laughs…

I wanted to bring a pit bull into the studio and have him howl under the microphone, but the manager nixed this idea. The mike cost about 10 Gs and he thought the dog might eat the mike…

So I had to take over. That’s when I wrote this song. 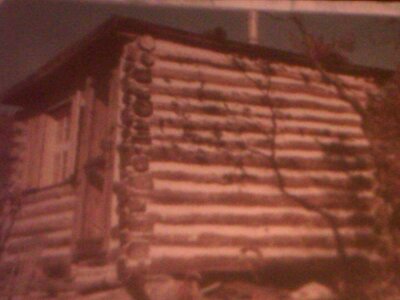 I left the city and took “the narrow path to the deep north”. In the north

I built a cabin out of oak logs on top of a 150 foot cliff. In that cabin

Nag Hammadi, Egypt, 1945.
Most times when I have difficulty with a passage, the sunlight would pour through. On a cloudy day, the skies would open and the passage would write itself.
Once I was working by a campfire in the bush at night, and I was totally stifled.
A passage in the Gospel of Philip had me stumped. I was staring into the campfire
and couldn’t do a thing. After a few moments the Northern Lights descended
and the woods lit up all around me, and the passage basically finished itself.
No further thought went into the matter. The pen just wrote.
Later I was wondering whether I had imagined the whole thing. But I had
a visitor in the cabin, and she came running out and said, “The cabin just got
really bright.”
This sort of thing was not a rare occurance, but happened frequently.
Many different kinds of experience struck me as not merely odd, but
certainly a sign of Divine Intelligence within all things.
*
Through Realization. or Revelation, or Satori, Enlightenment,
the Knowing of the early Christian Gnostics, through this Experience
which is fundamentally the same in all cultures, “identity” becomes
“Identity” and the seeker becomes One with God. Through an annihilation
of the ego, an implosion occurs which destroys the shell of the egg,
and the mystic achieves spiritual maturity. This is by no means
an easy process.
What we have forgotten, because we have been lead astray, is this:
it is not the name that is important. All our holy men have been murdered;
our heros have been slaughtered, because of names. These holy ones
would be horrified and enraged if they knew their names
are being used for such hellish purposes!

for slaughter! Also our names for God. In the name of Christ,

Don’t be blinded by names – don’t be led astray. Allow the name of God to be nameless. “I AM THAT I AM” is a good nameless name,

Or: THE ONE WHO IS CREATING US.

Creation never takes place in the past tense. It is a continuous birthing.

I sometimes us the phrase: “THE TRUE ONE” because no names attack to it.

The Lord of light cannot be invoked. His grace is like the wind;
it goes where it wishes. When Grace fills you,
the room seems to lighten up a bit. Other people notice it, too,
that the room has brightened. Suddenly your are filled with
love and confidence. We can all be mystics.

for meditation. Take the fuel of this rage and look within to the new country of the soul, the pure

land where men cease from grasping.

Look within and see until the mirror appears,
the mirror that is no mirror, but is the eye through which
you see God. And God sees you also through the same mirror,
and you know and you are known. The two become one,
the division between you and God disappears.
The One Light shines eternally,
and will forever shine within true men and women the world over.

There are many pathways to One Place. It is simple.

Do not be confused by names. Your duty is the Holy
Quest to your soul, to that which you have always been,
even before your parents were born.
I asked God one time, “What am I?” God answered in a loud Voice,
“You are an empty vessel.” It is through this empty vessel
that I write to you these words.